Are you ready for a personal flying vehicle?

Have you ever wondered about a car that could easily transform into a small aircraft and fly you to your destination without losing time in traffic jams?

This dream is coming to life faster than you think thanks to Jetson, and in a little part, to 3D printing.

Jetson One is a personal aircraft. The company is trying to democratize flights, by removing the huge boundary between being able to drive a car and being able to fly an airplane.

“Right now you look at the car and you instantly know: oh yes, I can drive that. We want people to feel the same when they look at an aeroplane” – says Alec Bialek, Head of Jetson’s R&D.

I believe I can fly

Do you believe you can touch the sky? Jetson’s goal is to make flying, and especially personal flight, accessible to everybody. The story of Jetson’s establishment is very similar to the history of many successful companies that start with those words: “there were two guys…” Those guys were Tomasz Patan and Peter Ternström, both interested in Star Wars, helicopters, and airplanes.

They have this crazy idea to make a flying vehicle, extremely lightweight so it doesn’t need to pass all of the certification requirements that are normally necessary for full-on airplanes. A huge amount of work has been done to make it as easy to fly as possible. Thanks to that, when you jump into Jetson One, you have only two sticks: the “height stick”, and the “go stick”. That’s all you need to fly it. It is easy, and unintimidating to be around.

With this in mind, there was a huge pressure to make Jetson One as light as possible. Any weight saved on the aircraft is the weight that can be carried by a passenger. It also affects the flying time. When you don’t have wings, lightweight propellers are everything that holds you in the air.

You can fly sooner thanks to 3D printing

Being extremely weight sensitive, Jetson One needed to be manufactured with lightweight methods. And this is where 3d printing jumps (or flies!) in. Additive manufacturing gave Jetson a pretty good leg up in terms of making hollow structures and very narrow lattice patterns, that will make parts stiff and strong enough, but also keep as much of the weight out as possible.

Before 3d printing become popular, aircraft manufacturers needed to produce a lot of molds to prototype every part of an aircraft. It was a long and expensive process. Engineers from Jetson could skip that process, at least to the moment that they were happy with a design made with 3D printing technology.

“We are using the printers for making prototypes, as we are trying different things. It is also nice to model something in CAD software, print it, and physically hold it in your hand and put it on the vehicle. It is how you can see if you like it as this thing works” – notes Alec Bialek. “When 3d printing is so cheap, so accessible and so quick, it is actually a really great tool to sanity check your own designs”. – concludes Bialec.

Prototyping is not the only use of additive manufacturing at Jetson. Some final parts are also 3D printed. If there are unique components, appearing only once per vehicle it would make it very expensive to make it by casting or molding. Even if there are more components on one vehicle and ultimately they should be serially produced, it is also better to start with 3d printed parts, and if the demand for Jetson One will be big enough then consider serial production.

“Having the higher quality associated with SLS is nice for us”

With at least seven main additive manufacturing technologies, Jetson decided to use SLS (selective laser sintering) because of the high quality of printed parts, the extremely good accuracy and strength and the lack of supporting structures, well known from other popular technologies like FDM or SLA.
“The print quality is much better than with FDM. As Jetson One is a premium vehicle,,, we do care about the quality of the parts coming out and the quality associated with SLS is unrivaled. The material properties are better when compared with FDM, and there isn’t a need for support material. That is a big advantage when we try to heavily lightweight our structures. – says Alec Bialek.

SLS technology is one of the oldest 3D printed technology appreciated by various types of high-tech companies, especially in the automotive and airline industries. But it was also one of the most expensive ones. Even eight years ago it was the only technology available for the biggest player, like Boeing or Airbus. To buy an SLS 3D printer you needed to have hundreds of thousands of dollars just for one unit. But since the SLS patent cliff in 2014, the revolution started. In 2015 first compact models hit the market. It was when Sinterit, a company established in Poland, started delivering its first SLS 3D printer called Lisa. It was the most accessible SLS 3D printer with an initial price of about 5000 dollars. Since then, the compact line has grown, and now there are two more devices called Lisa Pro, and Lisa X.

“As John C. Maxwell once said – quote Bialek – fail early, fail often, but always fail forward. You want to try things. You don’t want to have only one shot. You want to see what works, what didn’t work, and the quicker you can do those loops, the faster you can develop”. – sums up Alec Bialek.

Alec Bialek, the head of R&D at Jetson wasn’t working for the company when it purchased its first SLS 3D printer – Lisa Pro from Sinterit. But he was actively taking a part in the new printer, Lisa X installation.

“Our transition to Lisa X was driven by a few things. The volume is so much larger. Once you are trying to find a 3D printer with a bigger print volume they are getting outrageously expensive. The Lisa X was a very good value for print volume, and print speed is 10 times faster than on Lisa Pro, which we upgraded from. So we are able to print significantly bigger parts in way less time” – lists Bialek. “When we look at Lisa’s line of printers, or Sinterit at general compared to other companies, the two major things that we liked were the materials, that are open source, so we are not locked into one brand, the materials that may have supply chain issues or just very high pricing because of some unique material. We are able to look around the market and use a material that works best for the part.

Another thing was how good the customer service has been. We were quite happy with all the support we received for Lisa Pro. When we were looking for a bigger printer we had a good experience, with no complaints, so it was a very painless upgrade for us for Lisa X. – adds Bialek.

“The product itself was packaged really well, it was very professional looking. When we started digging into the machine, the overall build quality seemed to be much higher than on Lisa Pro. We also noticed that random, little things, that were a little bit annoying on the Lisa Pro, were fixed on the Lisa X. The upgraded screen tilts, which makes it a lot nicer for the operator to use, and the maintenance is easier. There are small upgrades all around that make the operator’s servicing, taking parts every day, and running prints effortlessly. All of the things that could have been done better on Lisa Pro were solved and actually made better and fixed on Lisa X. It felt like the loop was really closed, and it looks like Sinterit delivered a lot of Lisa PRO printers, got feedback from users about what was annoying, and actually fixed it with the next generation” – adds Bialek.

The not only prototyping tool

Jetson engineers use Lisa X to print brackets that hold motor speed controllers and the inverters, the bezel trim for the instrument cluster is 3d printed, and the radar, as well as the GPS antenna, are also made with additive manufacturing. Assembling Jetson One requires test templates that are also 3D printed.

“We have welded aluminum space frame and we need to know where to mount all of the different components on it. So we are able to 3d print jigs, and drill guides which makes it for us a swift process to go from CAD to the actual product. We made a part and 3D printed it, and at the same time, we made a template. Building the jets becomes much easier, as there are not as many measurements and the chance of mistakes is much lower.” says Alec Bialek.

As for now, Lisa X is fulfilling all of Jetson’s needs. But is a compact SLS printer good enough in the long run?

“You also want a bigger printer like you always want a bigger CNC machine. This is how it works. But for what we had and what we reasonably need, Lisa X is working quite well and it will continue to work well for the future products of Jetson” – concludes Bialek.

Jetson One will soon hit the sky

The first deliveries of Jetson One are planned between October and December of 2023. They are currently available for preorders, and as the company declares, there are still open slots for 2024 deliveries. The world is ready and the demand is high, and as the founders of Jetson always wanted to produce a flying car, and democratize that sector, now it is becoming real. Interestingly, Sinterit co-founders had the same goal in mind when they introduced the first democratized compact SLS 3S printer – Lisa, in 2015. 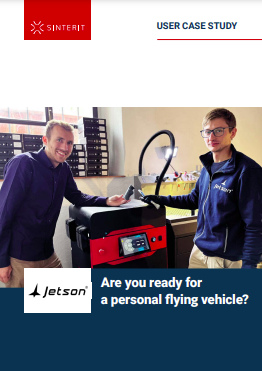 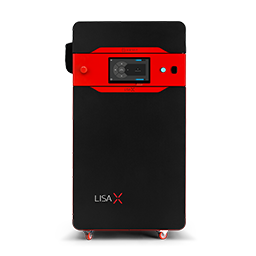 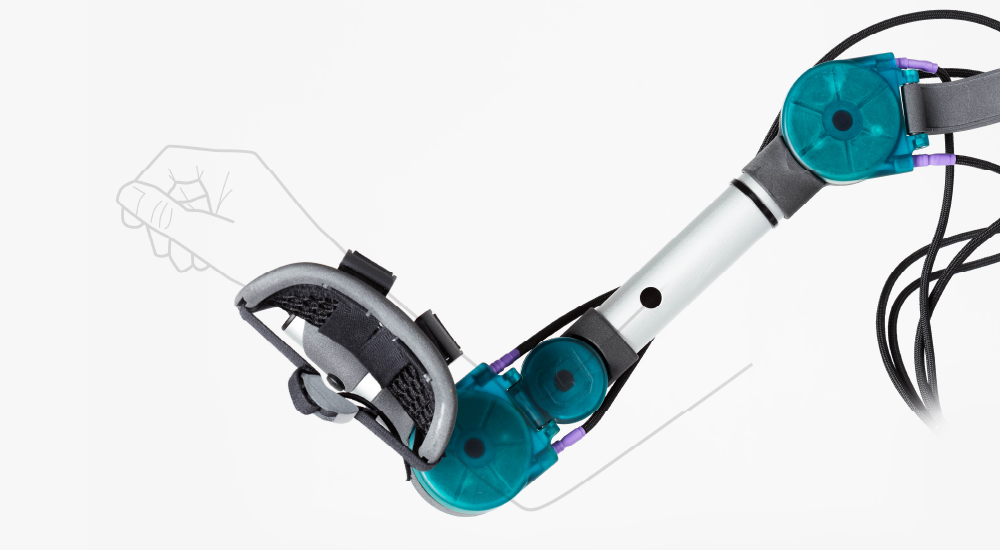 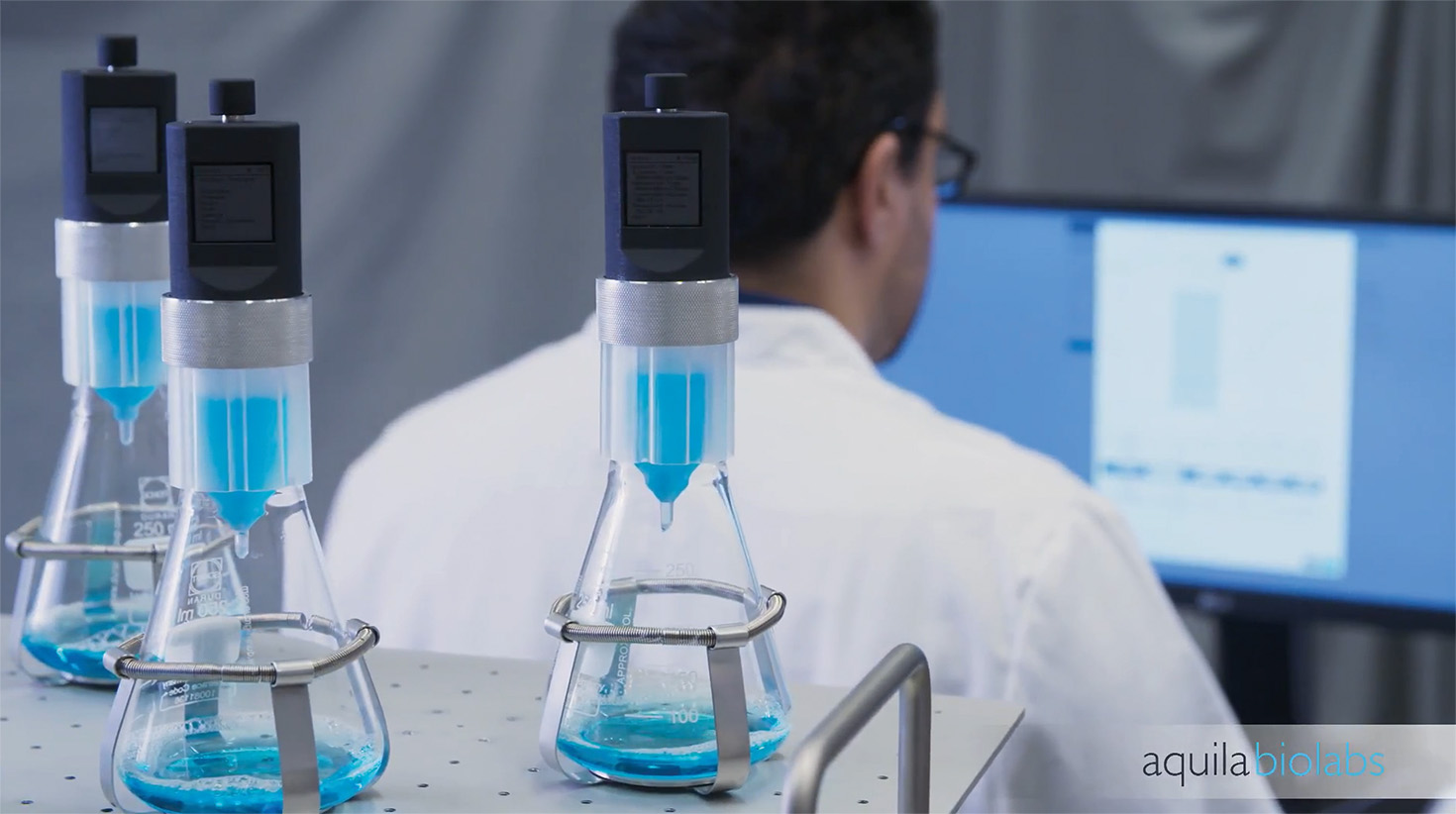 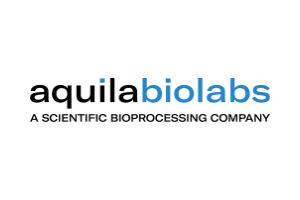 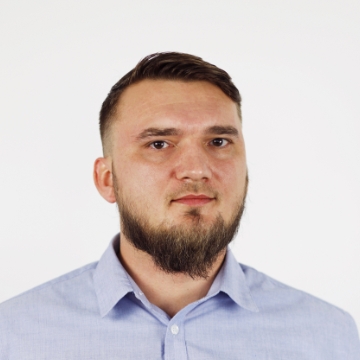 Click to make an appointment and learn more about our printers
Application Engineer:
Fill in the form 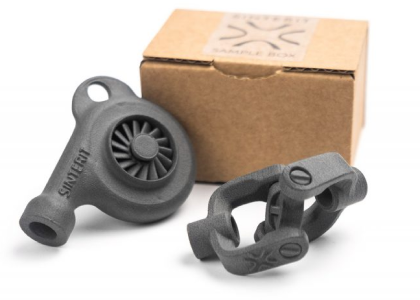 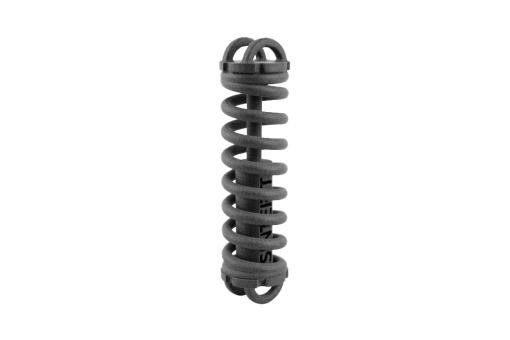 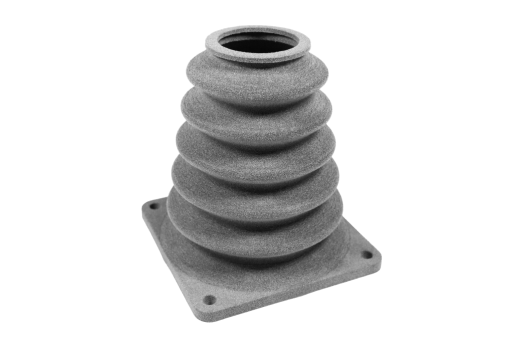 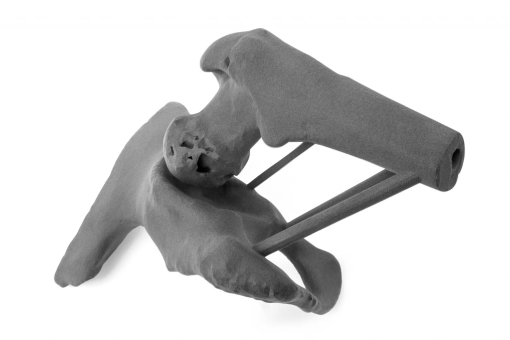 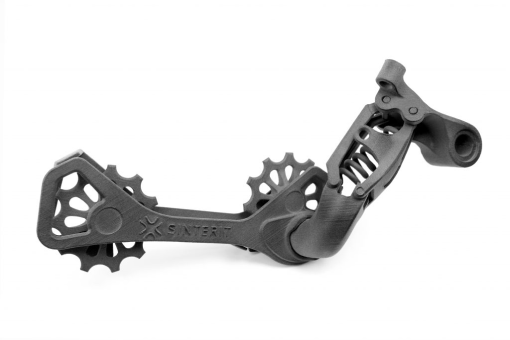 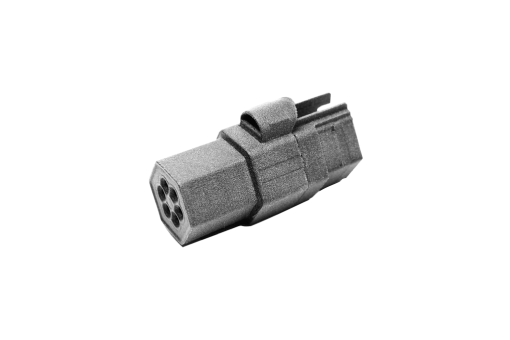